Beginning a Unit with a 3-Act Task

I’ve recently spent a lot of time visiting 3rd grade classrooms as they begin to dive into division. Here’s what I encountered on one of my first visits which was a crippler for everyone involved.

Saw this today & was crushed. For the record…this is NOT modeling with mathematics. pic.twitter.com/orr91zRWei

As bad as this is, I don’t think it’s much worse then what the majority of us encountered in elementary school. So instead of walking students down the garden path and showing them how to divide, I shared a different approach by introducing division using the Orange 3-Act Task.

The question students came up with: How many cubes will it take to balance the scale?

And with that… they were good to go with little to no explanation.  Too ofter we’ll tell students what to do and how to do it, and then expect them to genuinely engage in some “authentic task”. 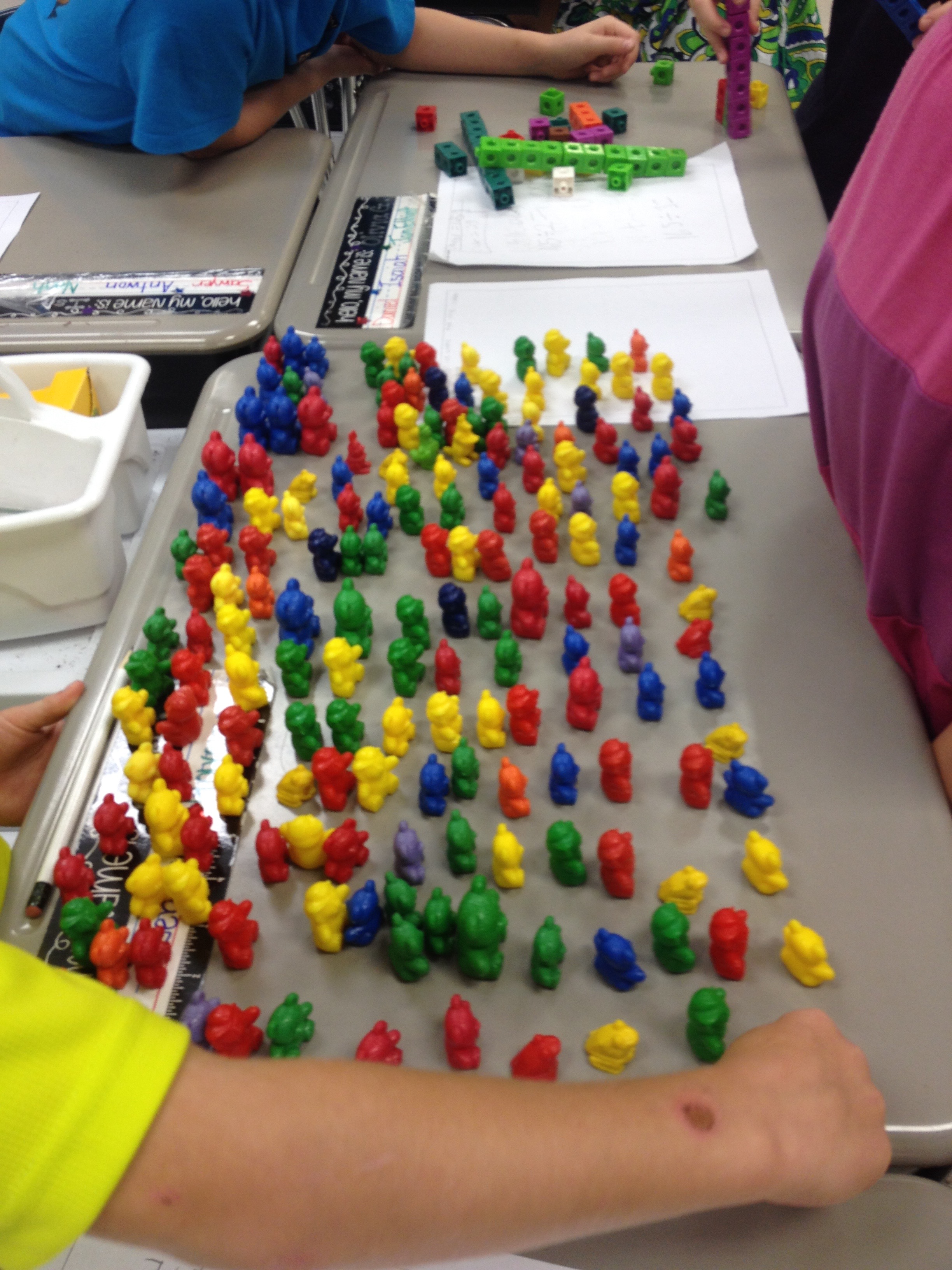 Some student counted out 165 bears and grouped them into 3s.

Some students went for base-10 blocks…

Some strategies were tedious and inefficient however they’re super important for students to work through as they begin take ownership for their own learning.

The student below intrigued me but I missed the mark on asking him better questions.  I wish I would have gone back and talked to him some more.

There were also some really good disagreements which helped engage students in SMP #3: Construct Viable Arguments and Critique the Reasoning of Others.

This conversation was echoed at multiple tables.  Students weren’t sure what value to assign the cubes. We eventually got to a place where most students understood that the value depended on how they solved the problem.

.@gfletchy challenging us to start with the hard problems.

I just broke my neck from nodding so vigorously. #NCTMregionals