Take a Math Trick and Make it Bleed

I hate math tricks and avoid them at all costs. Tina Cardone and many members of #MTBOS are huge advocates of conceptual learning which is how we became blessed with this gem. 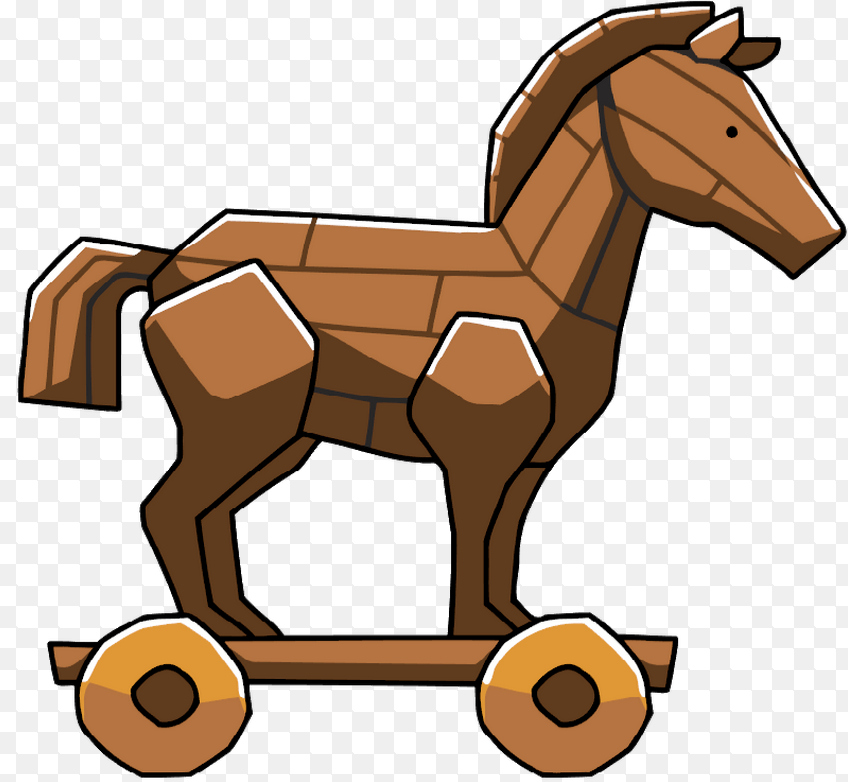 There’s no denying that students love tricks, especially the ones that retrieve answers with little to no thought.  Of all the tricks that take place in elementary classrooms, multiplying products of 9 using finger multiplication is definitely a conceptual crippler.  Many use it, few understand why or how it works, and that needs to change.

The 9-times finger trick was shared in a 5th grade class yet again but this time… Troy crumbled.

We punched that “trick” so hard in the nose it bled over to other multiplication facts.

Student: Because I did this… 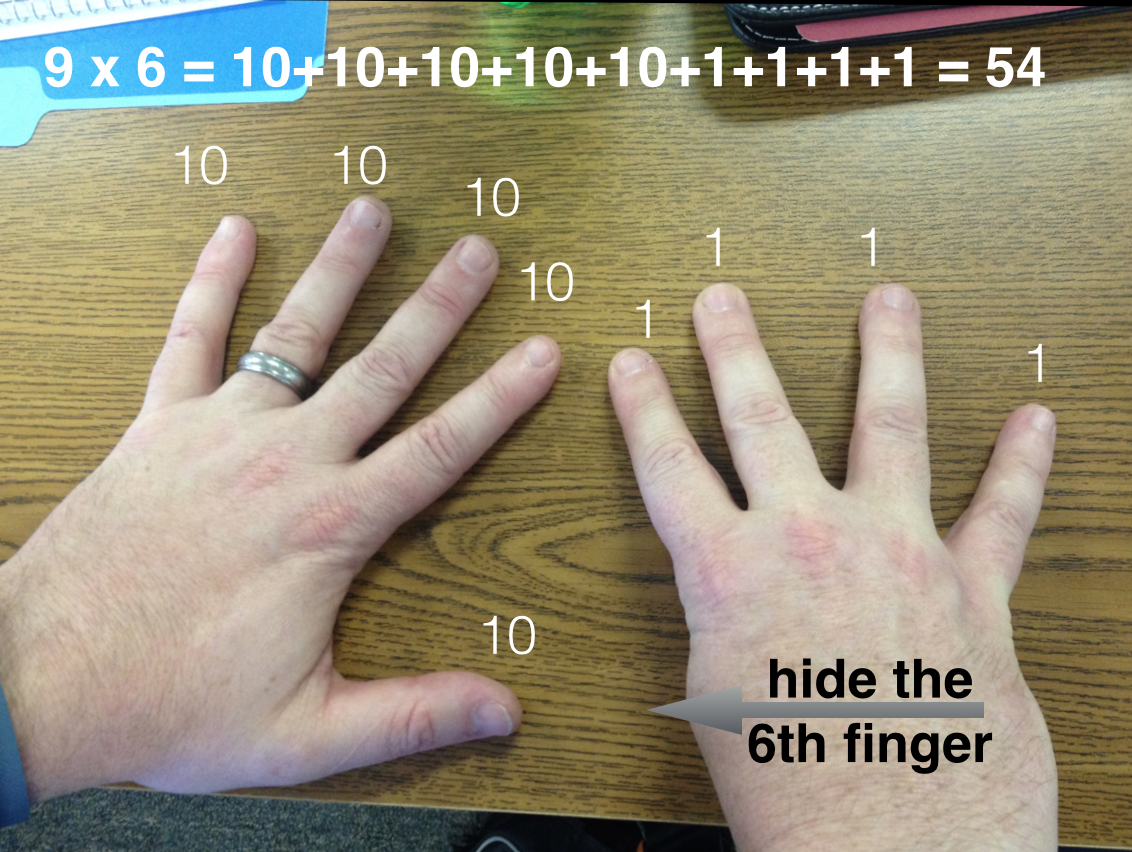 Finger trick for 9 x 6. I wasn’t “camera ready” so this picture shows what they did.

Me: Wow cool!  Do you know why or how it works?

Student: No, but it only works for my 9 times tables.

I wasn’t surprised to find that almost every student in the class was familiar with the trick. As more students listened to our conversation, gang signs started popping up throughout the classroom to multiply.

After some discussion I asked, “Does it work every time?”  Students began to tell me how the trick worked and I recorded everything they shared.  At this point, the lesson had gone whole group. 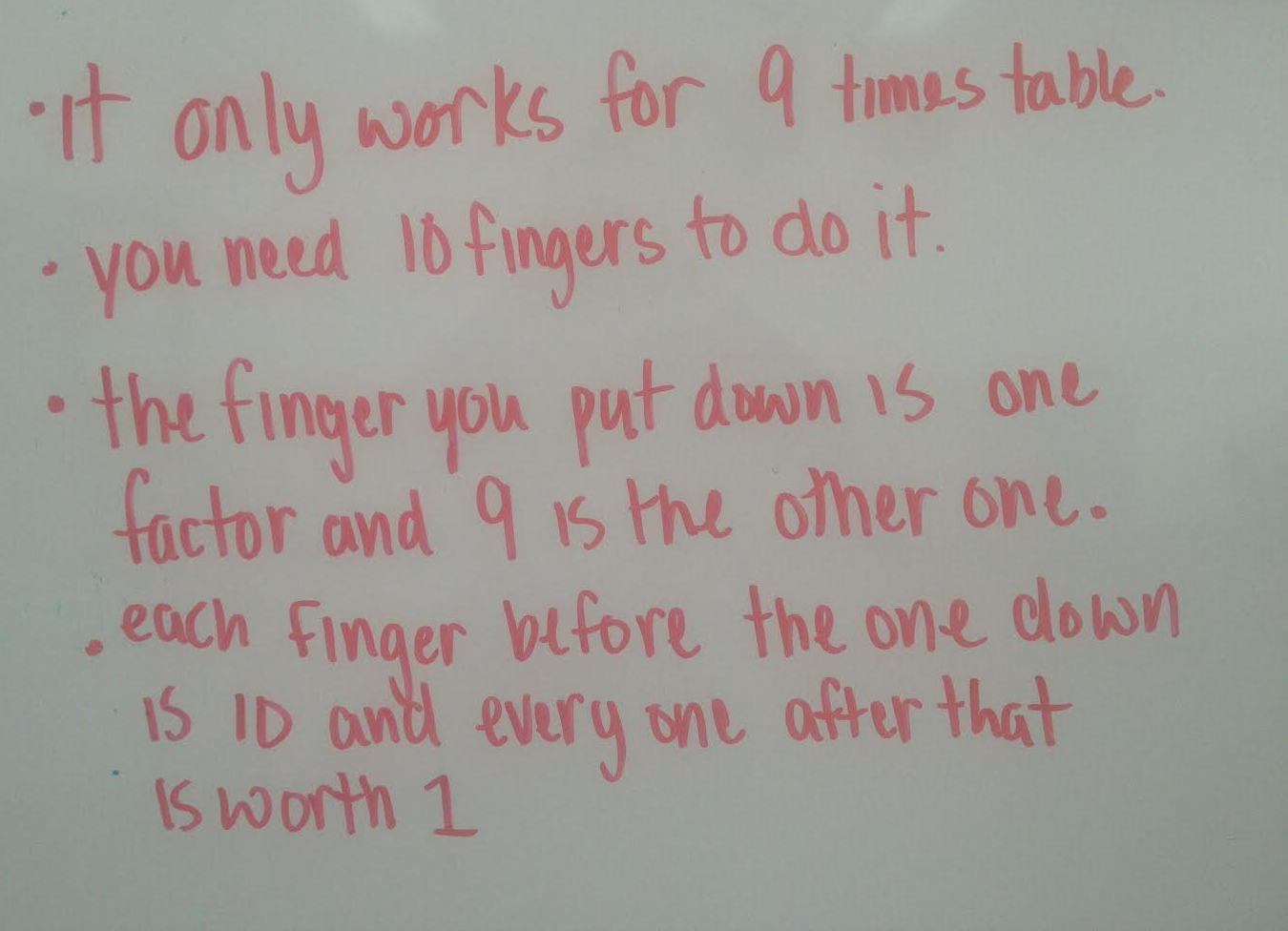 After we identified the rules I asked “So if these rules work for my 9 times tables, what would they be for my 8 times tables”.

Students: You can’t do it for your eights!

Me: But what if we could?!?!  What if we used our 9 times finger trick and changed the rules to match the 8s.  What would it look like?

Through A LOT of talk and discussion the students decided the following rules would work as the 8 times finger trick. 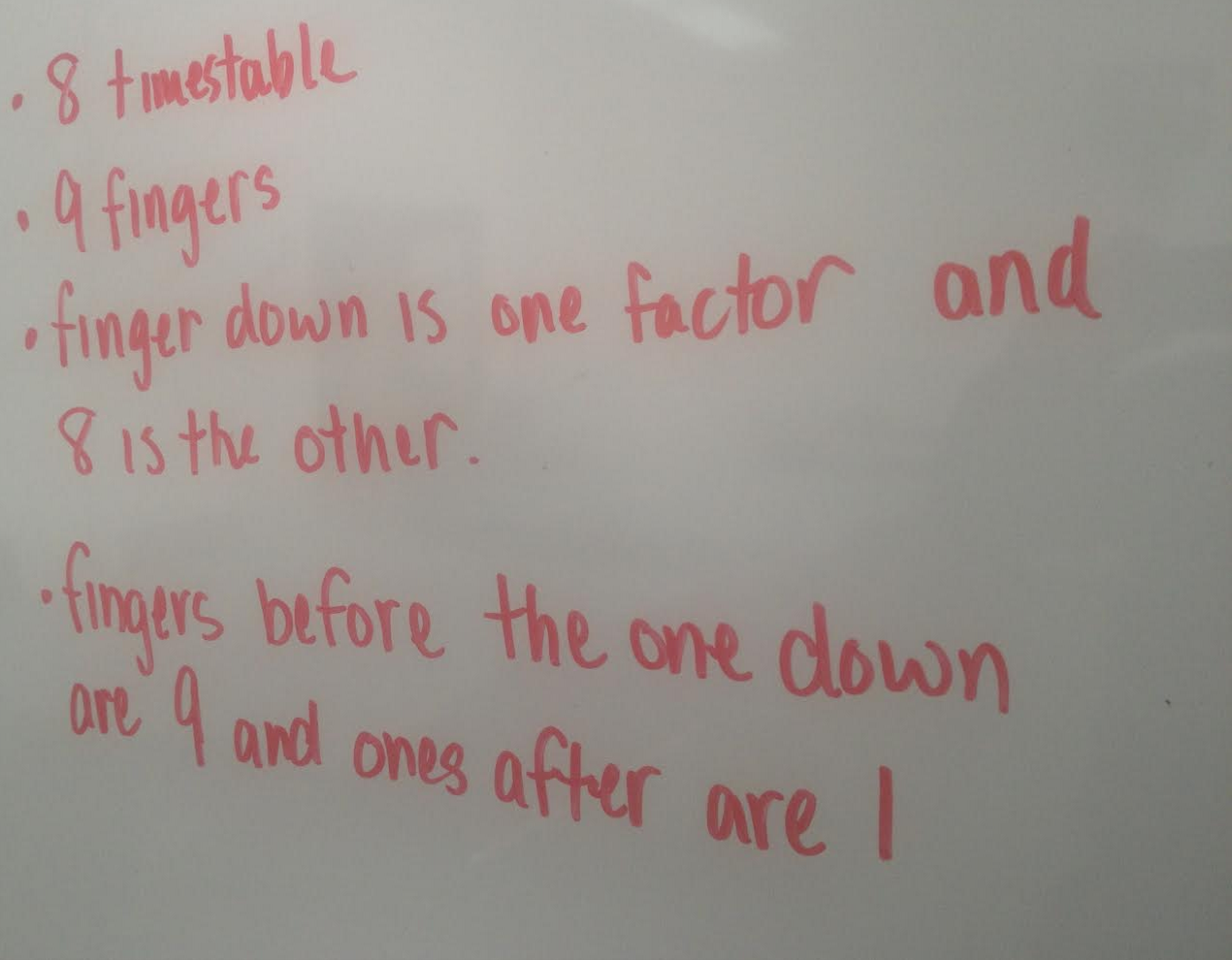 And they were off!  Students used their understanding of the 8 and 9 times table and applied it to other facts.  Seeing their general rules in action with single digit multiplication facts… 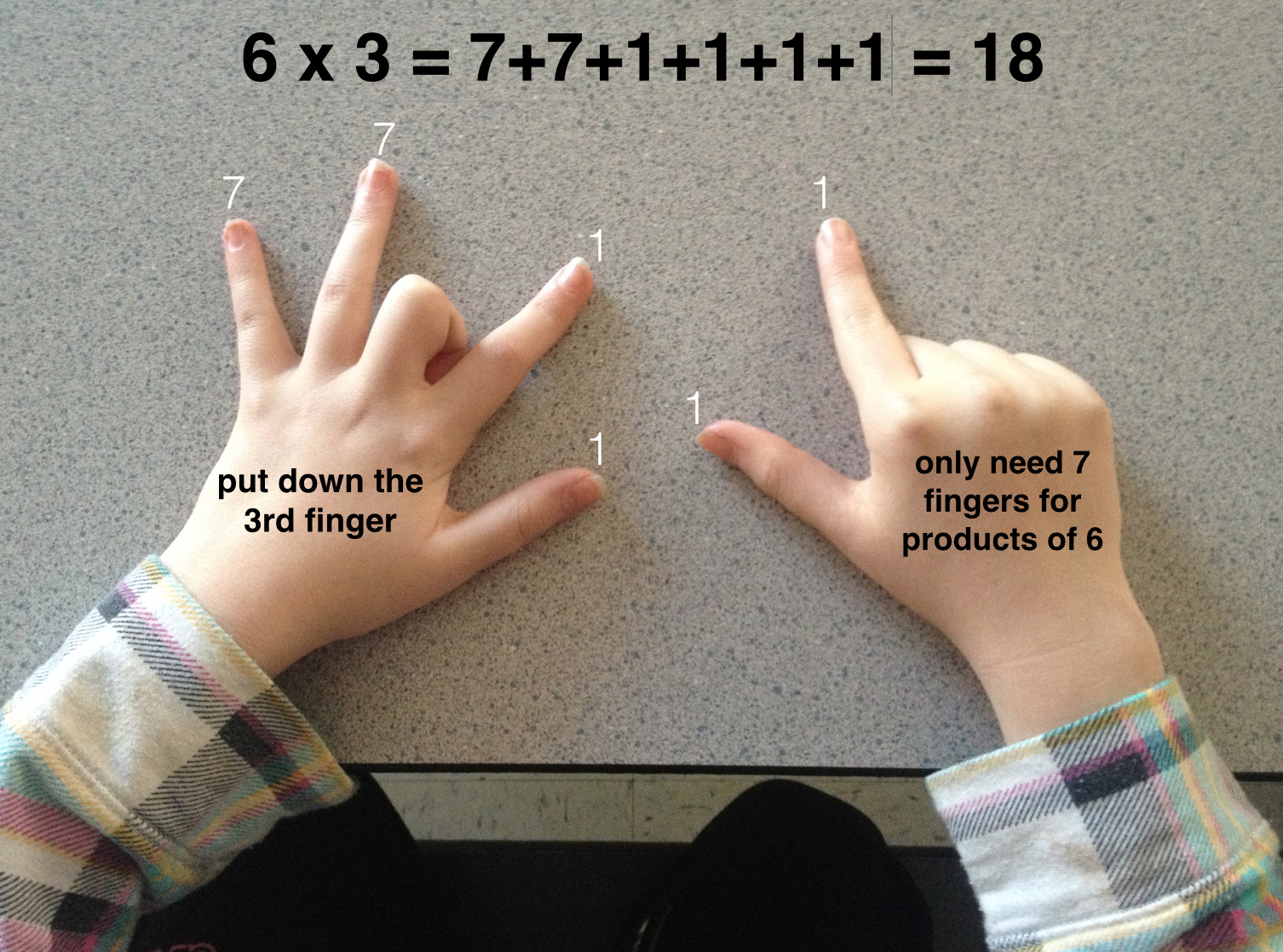 We definitely lost some students along the way but even the most disengaged students were grappling with numbers.  A handful of students even left understanding how the 9 times table trick worked because of their exploration with other facts and that’s a winner in my book.

By the end of the class, students did a ton of math, practiced their multiplication facts, engaged in SMP 7&8, and had a blast “not doing math”.  It all comes back to what Dan said about Fake World, Real Work.