The Book that Changed Me

I posted about CGI a while back and Katherine Bryant asked if I’d take a sneak peek at the 2nd Edition of Children’s Mathematics (released next month)… and I’m so happy she did. After my 2nd go around I can’t help but think how CGI has changed me as an educator.

The biggest thing I came to realize is that students struggle with word problems because they don’t understand what’s actually happening.  I found that most students focused only on numbers and never took the opportunity to understand what the context of the problem was asking.

So what usually happened was quantities were embraced, while the context was ignored.  I learned that understanding the context of the problem should ALWAYS supersede the importance placed on quantities.  Today that goes without saying! CGI hyper-focused this idea for me which empowered my students’ mathematical reasoning. Here’s an example of how:

The power of Post-its.

I’d put a problem on the board and cover the numbers.  This frustrated students because they were so fixated on the quantities, but over time it drastically improved my students’ contextual understanding of the quantities…and what to do with them. 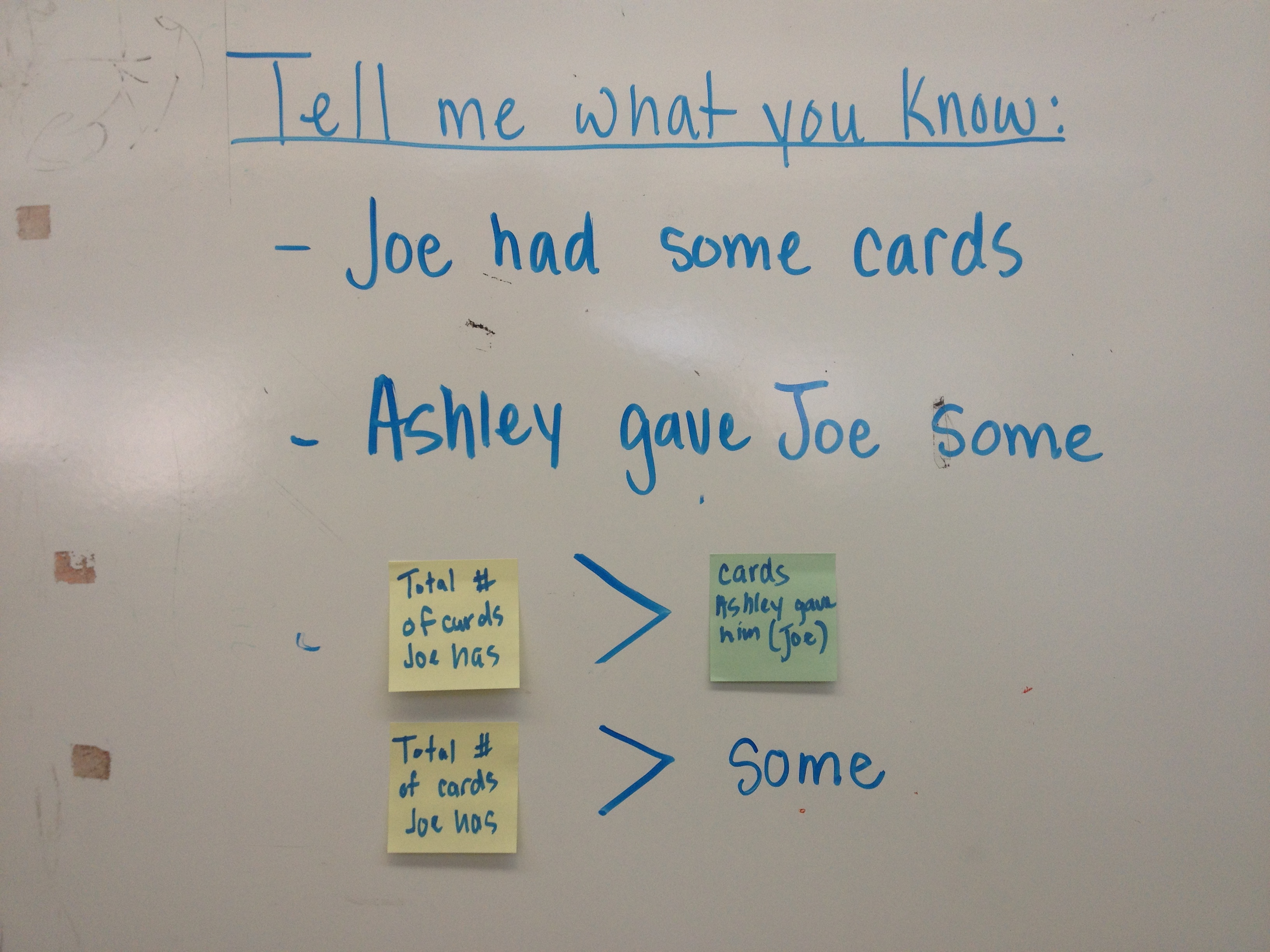 Tell me what you know.

Students were asked to set up an equation using the Post-its as variables to explain what the context was asking OR how to solve the problem.  This took a lot of time but it was time well spent.  When I witnessed students setting up their equations before writing down numbers I was amazed. 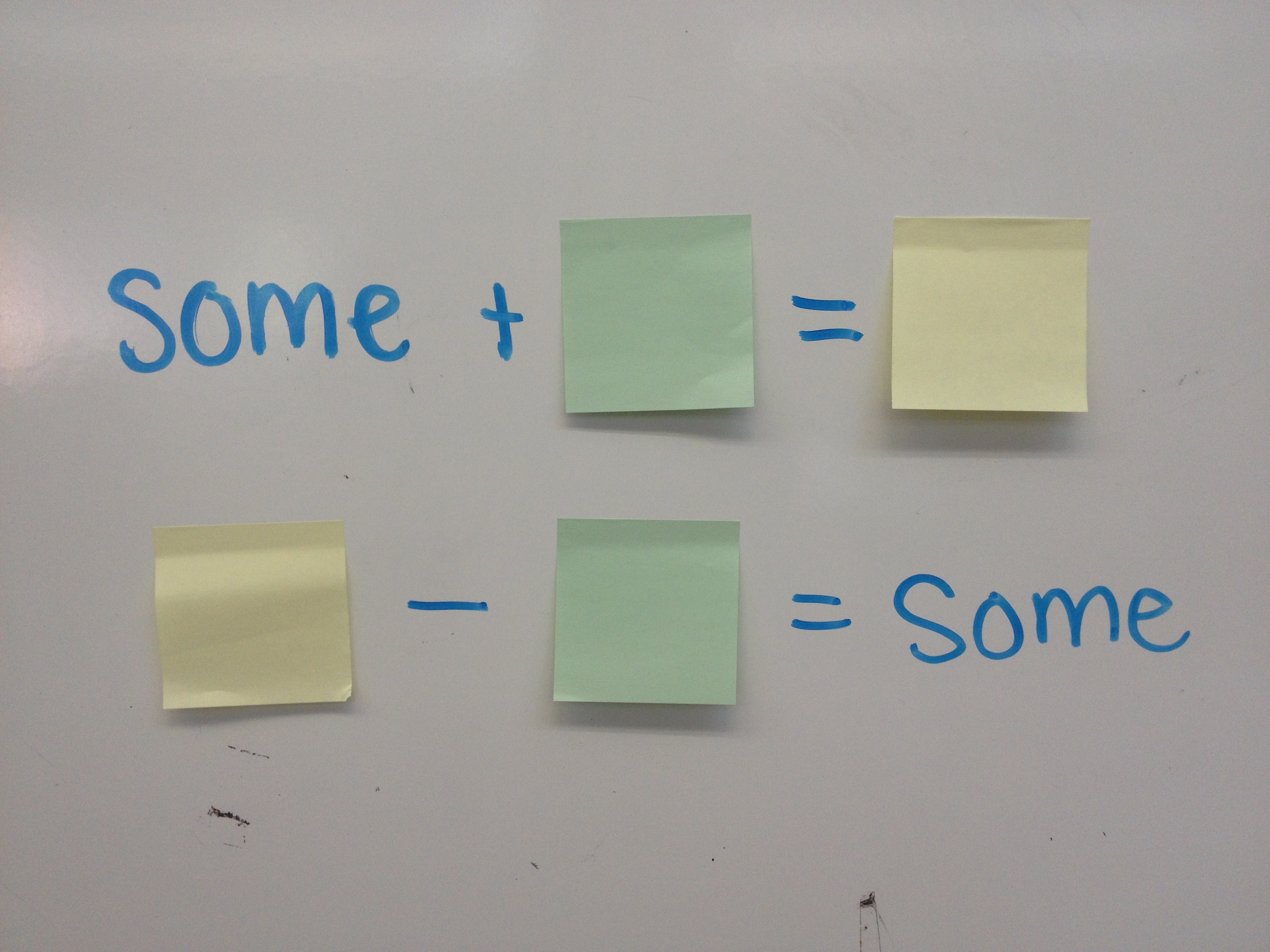 Setting up the equation to represent the context.

After students set up their equation and we’d talked about it for a minute.  Then I’d remove the Post-its from the original problem and watch them model through manipluatives or representations.  I didn’t realize it then but I was engaging my students in patient problem solving.  The information required to solve the problem was time released.

Many K-5 teachers have read Children’s Mathematics but that was before the implementation of Common Core.  I would strongly suggest another go around through the lens of CCSS and the SMPs. Only this time bring a friend or create a book study!

Thanks Katherine for the opportunity to preview the new edition!  Thanks Turtle for lending me the 1st edition that I never returned.  Thank you Dr Ovrick for introducing me to CGI at UGA.  And thanks Mike for teaching me the mighty power of a 3×3 piece of paper!

Much love my friends!