I had the 2nd grade names and the information I needed, so I created this table and asked the students WDYN?

Immediately students recognized the names of their 5 classmates and the perplexity session began! Lots of different ideas and “noticings” were floating around the room:

When asked WDYW it was unanimous…What’s all the information on the chart for? 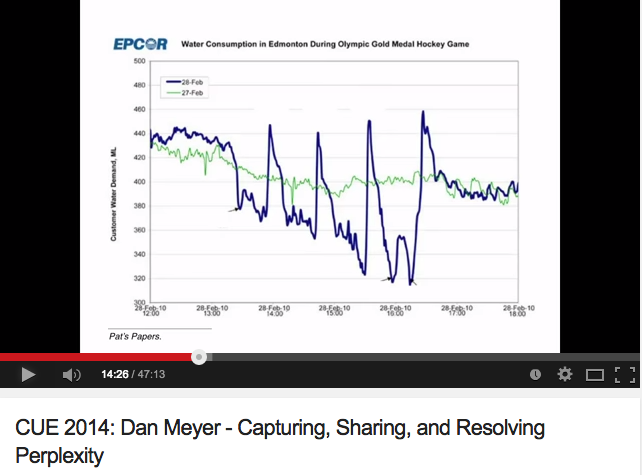 I stole the idea from Dan when he discussed Edmonton’s water consumption during the gold medal hockey game of the 2010 Winter Olympics.  Dan took the graph, stripped away the labels which left it more open for conversation.  Steve Leinwand might be the GodFather of approaching lessons this way. He discusses the idea of undressing the data in Accessible Mathematics.

After a really great conversation with students about the data on the label-less graph, I threw all their notice and wonderings into a context by adding labels.  I had never tried discussing data and numbers out of context before but when we talk about multiple entry points and making math accessible…this was a home run.

The WDYWs went far better than I could expected but full credit goes to the “No Name” table.  It allowed students the time necessary to digest and discuss numbers through observation and comparison.

Side note: When students were discussing the table something really cool happened which I have never noticed or looked-for before.  While listening to students, I noticed that when they compared only Marcus’s minutes to each other they focused on the digits. But once they began comparing Marcus’s times to Isabella’s times (or any other student) they shifted from focusing on digits to focusing on the whole number (I like this way more). I’m still trying to understand if this is something I can purposefully control.

I was amazed to see the variety of ways that students used mathematics to model who was the fastest eater last week.  Students worked in pairs and here’s some of the highlights from student thinking: 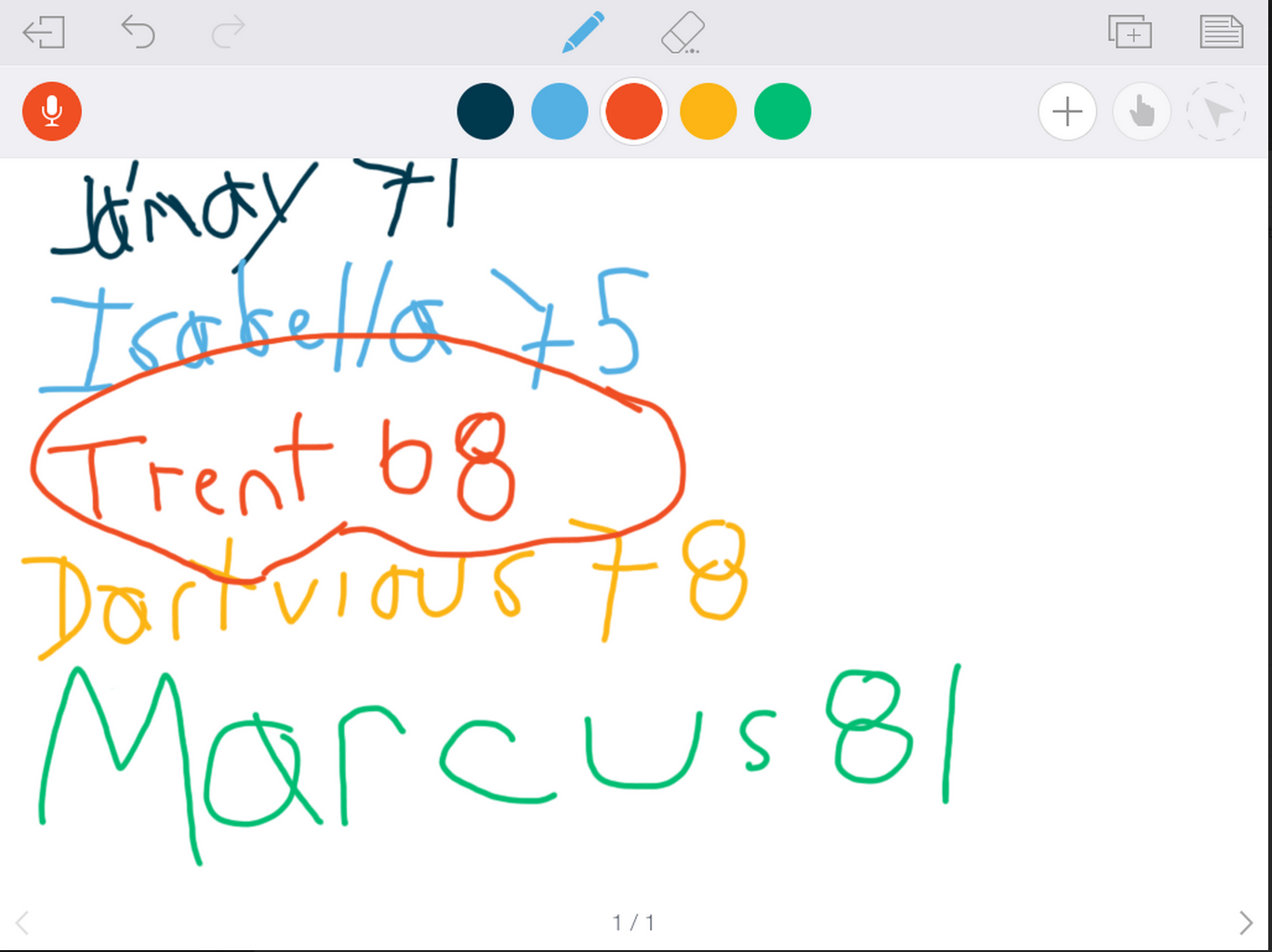 All of the aforementioned responses I was expecting but with students I have learned to expect the unexpected.

A pair of girls were quiet as ninjas as they worked on the front board until one said “Mr. Fletchers, we’re done!” 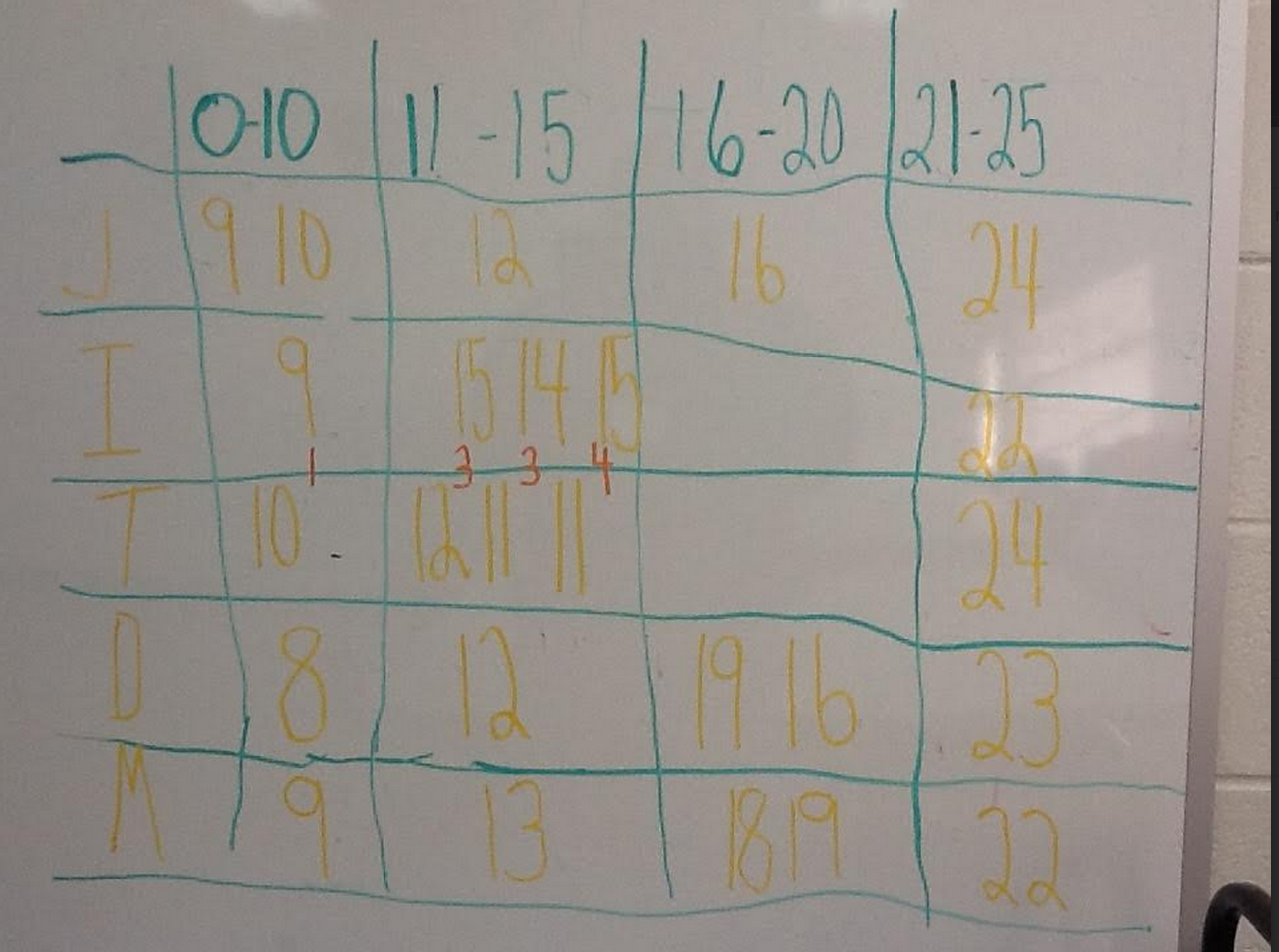 Who uses a yellow expo marker?!? These two little gems of 2nd graders…that’s who!