The Problem with Word Problems

I can’t count how many times I have handed a word problem to my students only to become more frustrated than them within the first five minutes.  Most people have an opinion on word problems. Either teachers love them or hate them and I have yet to find a teacher at says using them is “alright”.  I personally have always liked using word problems even with the complications that had come with them (until recently).  Sure there are tasks that still blow up in my face but I probably learn more about myself from those than I do from the ones that go great!  With that being said, there are many reasons why students struggle with word problems and I’m sure any teacher can tell you what they are:

The context is usually ignored as students make a crap shoot and apply one of the 4 operation to quantities and pray that it is right.  The importance of understanding the context of the problem should ALWAYS precede the importance placed on quantities.  Maybe this is why the first Standard for Mathematical Practice states “Make sense of problems and persevere in solving them”. 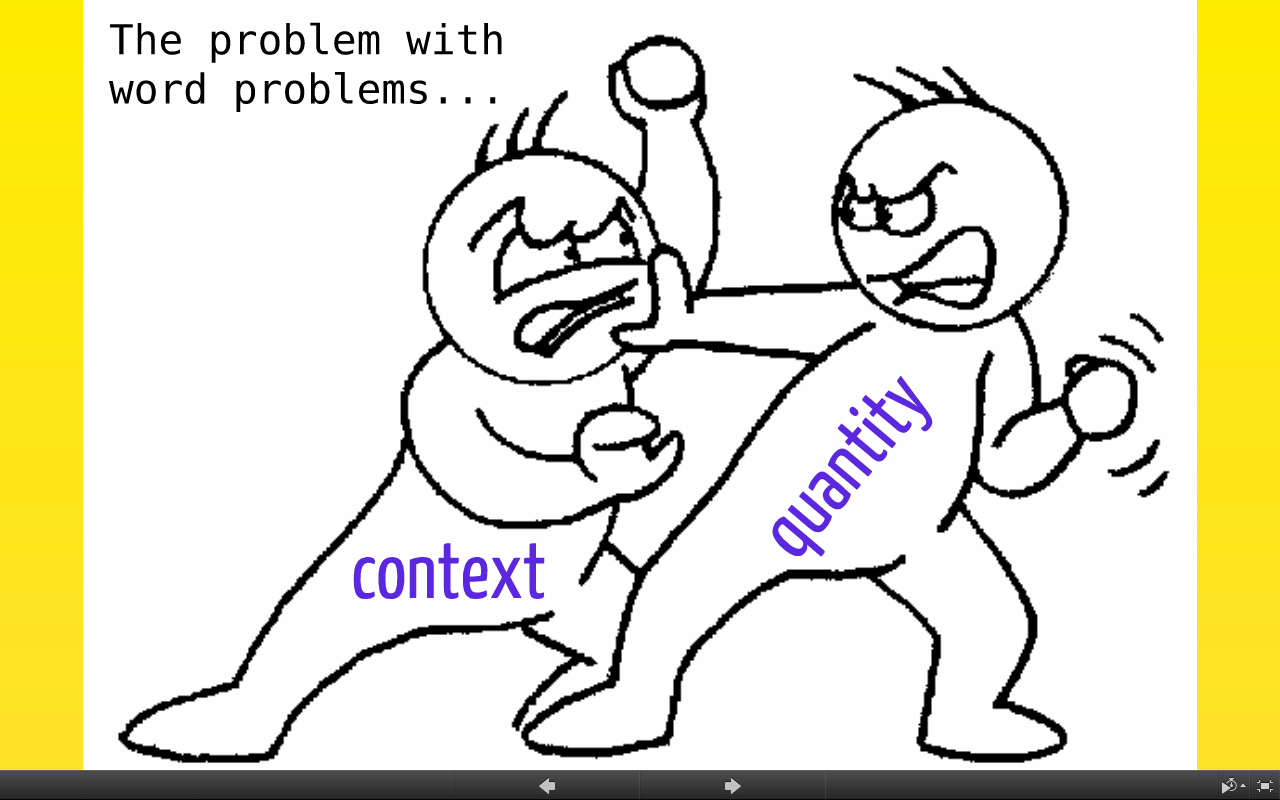 In traditional math tasks the quantities are explicitly mentioned out loud for the students to see.  In recent years, I have tried to use and create math tasks where the quantities are implicit and initially unknown. This means that any quantities required to solve the problem are found by students after they have clearly imagined and processed the situation.  I have really tried to use an approach where I am not Bruce Buffer announcing the math task fight card:Context vs Quantity

I try to implement more math tasks where quantity is in a context’s corner and used only when needed or asked for by the student.  After all, if it’s the students that are in the ring grappling with the context of the situation, should it not be them that call back to the corner when they need quantities help to make sense of the context?