Grinding through testing season and I found a minute to get back in the classroom. Today, I was able to make it in a kindergarten class to wrestle with something Dan Meyer mentioned during his NCSM Webinar (my world rocked @ 7 minutes and 15 seconds).  Dan said that “10 frames, blocks, or whatever is not modeling”.  My immediate thoughts:

Illustrative Mathematics explains SMP 4: “Mathematically proficient students can apply the mathematics they know to solve problems arising in everyday life, society, and the workplace. In early grades, this might be as simple as writing an addition equation to describe a situation.”

How did I miss this!?  I have always considered manipulatives to be modeling BUT IT’S NOT (in the purest sense of the word).This is me trying to make sense of modeling at the K-5 level and I welcome any comments that might help or disagree:

I’ve come to understand that manipulatives are a means to the modeling of mathematics.

Holy cow, this understanding was/is huge for me!  When kindergarten and 1st grade teachers are having students build numbers on a ten-frame and record the quantity, they are not modeling mathematics unless the model is describing a context. If this is the case, an equation can be written to explain the mathematical “phenomena”…and that is the golden ticket.

Immediately I thought of the C-R-A Model and where this new understanding of modeling fits in the spectrum of my understanding.  I must continue to work conceptually through the concrete and representational models, but it is not until the math is formalized in the “abstractedness of an equation” that the true modelling of math occurs.  That’s what’s great about modeling…it cannot happen without a context.  All the more reason to keep pushing for problem based learning.   So I used the Peas in a Pod Kindergarten 3-Act Task and put my new found knowledge/understanding to work.

Students immediately started firing out estimates for how many peas were in all 3 pods. Just the estimates alone gave the teacher and I insight to students’ understanding of quantity.  After students made their estimates we had them draw a representation for how many peas they thought were in each pod. Students decomposed their estimate into 3 groups to represent each pod of peas (we asked them to show 3 different ways the sum of their pods could match their estimate).

After, we shared the Peas in a Pod (Act 2) with students to provide them with the correct amount of peas in each pod. The comparison of their estimates to the actually made for some great conversations about more and less, which is still a monster this time in the year with Kindergarten. 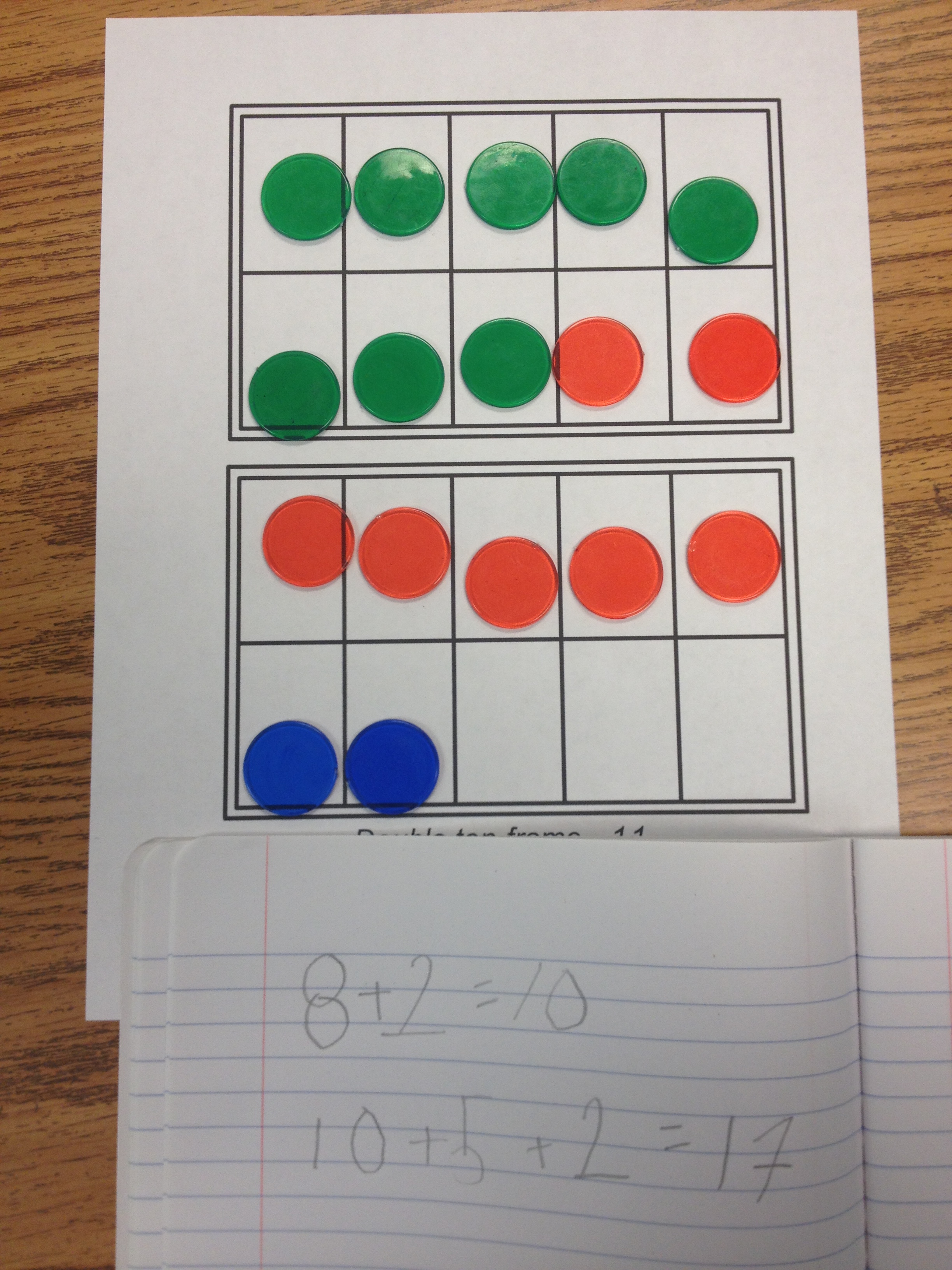 By the end of the lesson students had modeled the math on ten frames but it wasn’t modeling until the equation was written.  This makes perfect sense because the equation is the formalization of the math.  I could have this modeling idea all wrong but that’s where my mind is at right now.  Completely vulnerable because I am grappling with this idea and my brain is malleable. All I know is this…if an end goal of high school is modeling mathematics, I need to do my part in developing that understanding for me, my colleagues, and students…12 years before graduation.